Developed by the International Standardisation Organisation in 2000.

It analyses several segments and joints separately, in two steps. In the first step, the joint angles are considered, recommending some values based mainly on the strain risk of the passive body structures (ligaments, cartilages, intervertebral discs). In the second step, the maintenance of the posture is taken into account. 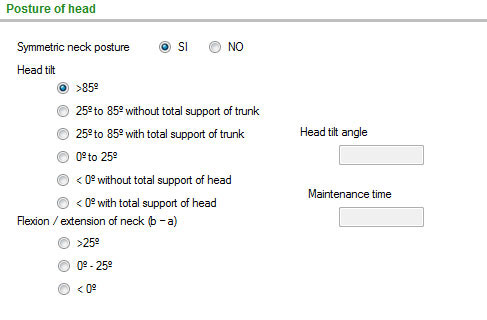 Use it to assess ergonomic risk factors in your work environment